SHANGHAI, Nov. 24, 2022 /PRNewswire/ -- Everyone wants to be happy. But what is "the fountain of happiness" for today's youth, and which city in China has the happiest young people?

Intrigued by these questions, Just So Soul, a research arm of Soul App, has recently published the Report on Simple Pleasures for Younger Generations 2022 in collaboration with youth36kr, 36Kr's social media brand targeting young Chinese, after gleaning insights from questionnaire surveys and systematic text analysis. As part of their effort to discover the key to younger generations' happiness, the report breaks down how they see happiness.

According to the report, many of the young people surveyed are happy with the here and now. Close to 60% of them gave their current level of happiness a rating of over 60 out of 100 points, and more than 10% rated it as over 90 points. That said, different generations have their own definitions of pleasure. Surprisingly, the post-90s generation (born between 1990 and 1994) are happier than those born from 1995 to 2009. Often perceived as struggling under multiple types of pressure, the post-90s might actually be more attuned to, and treasure, the common pleasures in everyday life.

Nearly 60% of young people surveyed feel happy, with the post-90s merrier than post-95s and post-00s generations

Between generations, post-90s grown-ups' average level of happiness is 5 points higher than that of the post-95s and post-00s.

As the post-95s and post-00s generations grew up amid China's rapid rise, they value freedom and individuality, and crave a sense of fulfillment financially and mentally, which makes it harder for them to feel happy. The post-90s cohort, on the other hand, is on a steady upward career trajectory, albeit with heavier responsibilities and pressures from home and workplace alike. They are better at adjusting their mindset to navigate disruptions and appreciating everyday joys that are often overlooked.

Companions are surely a delight but who they are differs with the cohort. The post-00s are content with the company of their friends, with no particular motivation needed. The post-90s care more about their "own little world", be it a romantic life with their partners or quality time with themselves. The post-85s value their homes and non-material needs more, as they feel happier in the company of their family members.

Where are China's happiest young people? Neither Beijing nor Shanghai; it's Zhanjiang

The city people live in is a major contributor to how happy they are. For younger generations, the cost of living, living conditions, public transport convenience and variety of food on offer hold the key to city life wellbeing.

Based on the number of pleasure-themed posts per user, Zhanjiang, Beijing, Dalian, Haikou, Shanghai, Daqing, Xiamen, Qingdao, Tianjin and Liuzhou are China's top 10 happiest cities. Interestingly enough, the Tier-1 and New Tier-1 cities account for less than half of the listees, while Zhanjiang, a Tier-3, has eclipsed the Tier-1 cities such as Beijing and Shanghai to become the happiest city in China. Significantly, Xiamen and Qingdao are phenomenally popular among younger generations.

Located at the southwestern tip of Guangdong province, Zhanjiang is blessed with geographic advantages that have helped put the city in the development fast lane. Environmentally, Zhanjiang's flawless blue skies have emerged as an attractive postcard. In addition, the Tier-3 city also boasts an efficient, convenient transport system and a comprehensive social safety net, providing young people there with a deep sense of happiness and security. 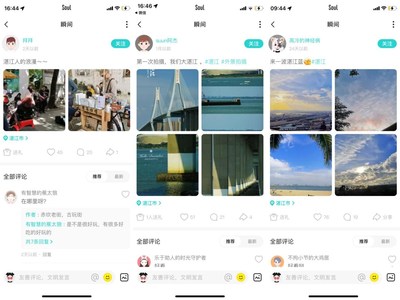 The youth in Guangzhou–the capital of Guangdong province in southern China–have posted the largest amount of content centered around everyday joys nationwide, which in some way reflects the keen sense of happiness commonly found in young people in Guangdong, making the province the happiest across China.

Why Guangdong? The data reveals all. According to the Guangdong Bureau of Statistics, the province generated more than RMB 9 trillion in GDP during the first three quarters of 2022, putting Guangdong firmly at the top of the national rankings. Economic growth aside, Guangdong is a top performer in environmental protection, scientific and technological development, as well as health care. It has lower cost-of-living pressures than its peers Beijing and Guangzhou. The livability of Guangdong is substantiated by its casual, carefree lifestyle, as found in news coverage of people in Guangdong "savoring morning tea with dim sum even at 11 AM" or "wearing shorts and flip-flops everywhere they go".

The research illustrates that 60.7% of young people are happy with the work they are doing. Women feel even happier striving for a better life, with 63% of them content with their jobs.

Without concerns about income or life stress, 34% of young people, when asked about what they want to do for living, would select "open a store". Flower shops, pubs or bars, and bookshops are the three most popular choices. Women prefer a floral business while men want to operate a pub or bar.

The most popular option of "opening a store" is followed by "freelancing" and "entrepreneurship" – part of the bigger trend that younger generations are undeterred by the trials and tribulations necessary to pursue independence.

Young people feel immensely gratified when they are doing what they are truly passionate about. According to the data, 29.3% of young people believe that "doing what they love" is the greatest form of happiness, followed by "meeting like-minded friends on social media" (28.8%) and "receiving salaries or accumulating wealth" (27.7%).

And the sense of happiness differs by gender. Women are more overjoyed at "saving good money" and "living at their own pace" than men.

As the factors behind happiness may vary from person to person, the report delves into what makes young people happy in terms of food, music and sports. Delicious food is a happiness booster for women: milk tea tops the list of their favorites, followed by hotpot, crayfish, and strawberries. In contrast, young men have a soft spot for seafood, barbecue, grapes, coffee, and beer, in descending order of preference.

Almost 50% of young people say that pop music is pleasant to the ear, as are light music (43%) and folk music (34%). Separately, running, mountain hiking and skiing are a hit with the youth.

It is widely believed that parents' greatest happiness comes from their children. Moreover, this report reveals more than this common knowledge: younger generations are not just at the receiving end of tenderness; they see their mothers as their ultimate "happiness machine". 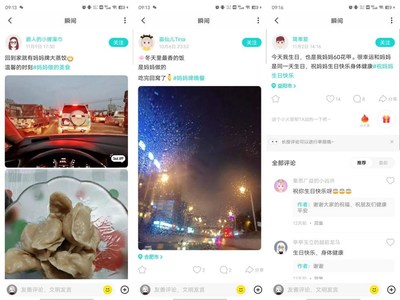 What does China's happiest person look like? Look no further than a post-90s girl in coastal Zhanjiang, who has turned her hobby into a career that comes with a decent salary, who is happy when hanging out with her friends and comfortable when enjoying some "me time". After a long day of hustle and bustle, she likes eating hotpot or barbecue with friends to unwind. Caressed by a gentle evening breeze and warmed by the setting sun, she takes a bite of dishes she loves and basks in the contentment of her life.

The report also finds that young people cherish each and every happy moment and are upbeat about their futures. Close to 60% of the young people surveyed believe that they will become happier as time goes by.

As a social platform sought-after among younger generations, SOUL is an ideal place for them to share and find simple pleasures. Catering to individuals' interests, SOUL has created a pleasant, carefree universe where young people double their happiness by making friends, having fun, and sharing in a sense of community and validation. In good times or bad, everyone has the opportunity to reap their "little pleasures" on SOUL.