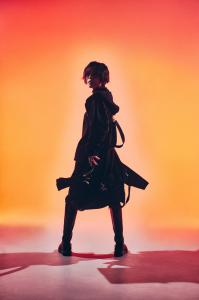 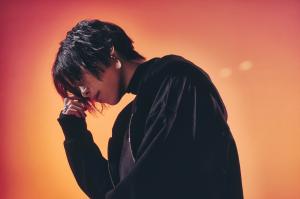 MINATO-KU, TOKYO, JAPAN, November 24, 2022 /EINPresswire.com/ -- N.Y born Japanese Singer NANO with a favorite of anime fans around the world, will release her new album "NOIXE" (read: noise) on February 8, 2023 (Wednesday), marking the 10th anniversary of her major label debut in 2012.

The album title, "NOIXE", is a reference to the 10th (X) anniversary and the meaning of "the sound that comes out of nano". Songs on the album include "Evolution," the opening theme for a new season of the TV anime "The Fruit of Evolution 2: Before I Knew It, My Life Had It Made” scheduled to start airing in January 2023, "CATASTROPHE," the opening theme for the anime "The Human Crazy University" and the web anime "Artiswitch" collaboration song " Happiness", as well as original songs that challenged the collaboration with various creators and anime cover songs with NANO's unique arrangement, which can be said to be the starting point of her debut.

OP Theme song for a new season of TV anime “The Fruit of Evolution 2: Before I Knew It, My Life Had It Made”

A new season of TV anime “The Fruit of Evolution 2: Before I Knew It, My Life Had It Made”

starts airing from January 2023 on TV Tokyo and others

About NANO
Born in N. Y. In 2010, NANO began sharing English covers of Japanese songs on sites such as YouTube and quickly received positive response from viewers around the world.
In March 2012, NANO made a professional debut with the release of a 1st album “nanoir” ranked in 10th in the Daily Oricon Charts on the first day of release.
In 2013, NANO held a first Live Concert “Remember Your Color” at the Shinkiba Studio Coast, which sold out 2,500 tickets within the first day. In 2015, the 3rd studio album “Rock on” was released, which reached 4th on the Oricon Daily Charts, creating a big movement in the field of J-POP A Zepp Live Tour followed quickly after, and since then, she has been actively participating in festivals and holding concerts both in Japan and internationally. In 2020, she released her first album "I", and in the same year, she held a live stream event which was listened to not only in Japan but also in the U.S., Mexico, Chile, Brazil, Peru, Taiwan, Singapore, Indonesia, and other Asian countries, as well as France, Germany, the U.K., and other European countries, connecting people around the world through music. She has just released her latest Single CATASTROPHE, OP Theme of TV anime “Human Crazy University” October 5, 2022. NANO's original content on YouTube has over 100 million total views NANO continues to reach out beyond border.

TV anime “The Fruit of Evolution 2: Before I Knew It, My Life Had It Made” Trailer

For inquiries or corrections to Press Releases, please reach out to EIN Presswire.
✕
× Close Ad